Being logically mystic is one of the most important things in life to be aware of, and take part in.

Logic is the science which investigates principles governing reliable or correct inference.

Logic also helps us understand why a valid mystic experience is a significantly important and essential part of life.

A mystic is someone who gets insight into mysteries beyond ordinary human knowledge, via communication with the divine/higher mind and/or intuition during a state of spiritual ecstasy.

I’ll share some of my personal story with you now because it will help you understand some key principles, especially how to avoid delusion, deception and misinformation. We don’t want a head full of crap – there are many people who rob themselves, and others, of a genuine and rich mystical experience because of spiritual and other rubbish. This is where the ‘logic’ comes in.

Back in 1985, in my early 20s, when I started my ‘healing journey’, I had severe mental health problems, which were later diagnosed as being in the worst category of emotional trauma and damage. Back then, I realised it is essential to get wisdom and truth, regardless of my own opinions, biases and the emotional pain involved with change, and to be humble. I knew that this had to occur in my inner subconscious core – as a deep part of my being, not just in my logical and conscious mind.

A deep, genuine desire for, and focus on, truth, reality and results (evidence) is essential. If not, your psyche will reject it and you will not learn, nor grow properly. Instead, one effect is that you will attract deception and delusion into your psyche and life.

Albert Einstein – (Wikipedia https://en.wikipedia.org/wiki/Albert_Einstein) acknowledged to be one of the greatest and most influential scientists ever – said: “I want to know God’s thoughts – the rest are mere details.”

Clearly, Albert Einstein was a highly intelligent, clever and accomplished man, well versed in using logic, and yet he prioritised knowing the ‘thoughts of God’ more highly than all else.

Ponder for a while the significance of such thinking. Did Albert Einstein perhaps know something many of us do not?

Perhaps you yourself have an idea, even if only a glimmer, that there is some kind of higher intelligence beyond that of humans? (I am not speaking of aliens). Some people call ‘it’ ‘God’, others ‘the cosmos’, and many other terms.

So, it follows then that finding out truth – not your opinion, ‘your truth’ (which is a misnomer) or spiritual/religious dogma – is essential. A key aspect of discovering genuine truth is to apply principles of ‘law’.

What do I mean by this?

As with physical laws, such as if we drop an unboiled egg it will break – regardless of whether or not we believe it, there are laws of the deep mind/psyche and laws of the spiritual/higher intelligence dimension.

Some key laws include the need, as outlined above, for a deep, genuine desire for, and focus on, truth, reality and results (evidence). Humility is another key. If we are unteachable, think we know it all, emotionally bonded to our dogma and more, then we cannot receive truth. We have to empty a bottle before we can fill it with something else. Also, if we only empty part of it, then we will have a mixture of whatever else we put in it on top.

Why is the mystic important?

There are a lot of reasons, however, an important reason is that via the mystic we can access deep wisdom and knowledge, which has a beneficial effect on our lives and those we interact with.

If we deprive ourselves of the mystic, then we have a deep inner poverty of the mind/psyche.

Thus we need to be ‘logically mystic’. Note I did not say: “woo woo’“.

In school, I was top overall of my year (entire school) in science – first in biology and physics, and second in chemistry. I went to a (shitty) school for ‘clever dicks’. A previous girlfriend (Ph.D Science – University lecturer) said I have the ‘marks of genius’. These are simple statements of fact. I am extremely humble – maximising humility assists with gaining wisdom – this is ‘law’. Only the stupid ignore law. Intelligence is not the same as wisdom.

I thus have an extremely scientific and logical mindset, and have seen and experienced so much evidence of the mystic that I would be a certifiable lunatic if I denied or doubted it.

If you are not logically mystic, you are missing SO MUCH.

Have your say about this article! Cancel reply 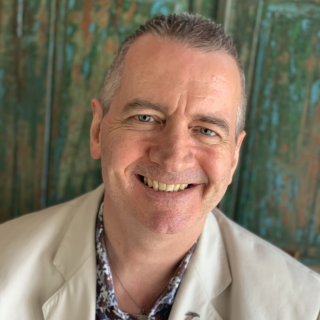